The Changing Needs of Pentest Clients 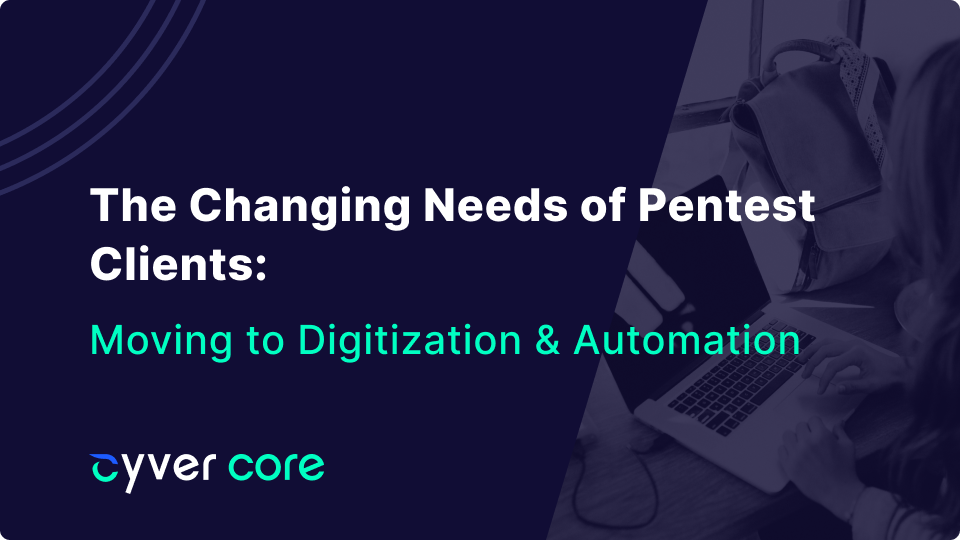 10 years ago, nearly all pentests were performed for compliance. Today, that’s changing rapidly. New threats, increasing levels of hacks, and the fact that 60% of businesses are breached all contribute to rising cybersecurity awareness. Organizations are adapting by using pentesting for security rather than just compliance, by adding on vulnerability scanners to catch “low hanging fruit”, and sometimes even by adding additional layers of security with red teaming.

But, while organizational approaches to Cybersecurity are certainly changing, pentesting mostly isn’t. In fact, most pentesters deliver work in the same way they did 15 or even 20 years ago. You assess applications, write up a report, and deliver a 30–120-page report. It’s up to the organization to break it down and actually do something with it.

That doesn’t work with modern, Agile teams. It also doesn’t work for pentests centered around remediation rather than passing an audit.

An estimated 92% of new software teams use Agile. That’s important, because it changes how teams approach and deliver work. It also changes how your vulnerability report is likely to be used.

Essentially, Agile teams are perfect for rapidly pushing work out and having it completed. They allow even large software companies to adapt to quickly changing technology and consumer behavior. And, they allow teams to quickly respond to delivered vulnerabilities in a single sprint, because workloads are set every 2 weeks rather than quarterly.

That’s great for improving security, but it does mean that PDF reports aren’t really compatible with the work style.

When you deliver a pentest report, it’s normally to a compliance officer. The CO takes that report and either sends it to the IT department or breaks it down herself. This means:

All of this requires significant time, effort, and red tape. Rather than affected teams seeing work directly, they have to wait for it to filter through multiple stages of approval – despite the fact that they have to do the work anyway. From there, delegation can take months. The result is slow fixes – or, as is the case with many vulnerabilities, no fixes at all.

And, when vulnerabilities are fixed, the average time-to-remediate is 205 days according to ZDnet.

While part of the problem of slow or no remediation lies in the hands of the client, part of it is also in how work is delivered. When pentesters deliver a massive PDF report, sometimes containing privileged information that not every team can have, they force a slower, more bureaucratic remediation process.

At the same time, most teams are already accustomed to working with scanners. These tools are either external (Accunetix, etc.) or integrated into tooling (Google’s Web Security Scanner). Most importantly, they deliver vulnerability findings as tickets, which teams can immediately roll into their workload and remediate.

Pentest-as-a-Service allows pentesters to deliver work in much the same way. Using traditional, manual methods doesn’t make this feasible. It’s enough work to put together a report without having to manually create dozens or even hundreds of tickets. But, pentest management platforms like Cyver Core automate the process – you import directly from tooling or add manual data depending on which part of the pentest you’re uploading. You can also add your vulnerability library, use templates, and greatly speed up the process. But, the dev teams get tickets, which they can use to directly distribute work to affected teams.

Eventually, pentest-as-a-service allows you to deliver pentesting in an Agile way. If affected teams receive alerts when findings are available, they can respond to them just like they do with scanners. Someone picks up the work, makes sure it’s remediated, and then possibly even asks the pentester to check that the vulnerability is gone. That empowers developers and IT staff, improves overall organizational cybersecurity, and allows you to deliver more value to the client.

Why Cyver
Features
Integrations
Pricing
Security
This website uses cookies to improve your experience. We'll assume you're ok with this, but you can opt-out if you wish.

Any cookies that may not be particularly necessary for the website to function and is used specifically to collect user personal data via analytics, ads, other embedded contents are termed as non-necessary cookies. It is mandatory to procure user consent prior to running these cookies on your website.